“All my life I’ve eaten bananas. I’ve read many times that doctors say there’s so much good in bananas. They say that if you eat two bananas it will give you sustained energy for six hours.”
Lance Brown

Lance Brown, Australia’s second oldest living man, reckons he’s nailed the recipe for longevity; a passion for sport, plenty of bananas and a healthy dash of music thrown in.

When The Good Life visited Lance, he was not far off his 108th birthday, which he celebrated on 3 February 2018.

The IRT Tarrawanna Care Centre resident loves a chat and has a razor-sharp memory, so is happy to share his secrets to a long life.

“All my life I’ve eaten bananas. I’ve read many times that doctors say there’s so much good in bananas. They say that if you eat two bananas it will give you sustained energy for six hours,” he says.

“I’ve got three up there,” he adds with a grin, pointing to his dresser.

He swears his love of sport has also helped keep him alive and alert. He didn’t pick up a tennis racquet until he was 20 but within three years was the A-grade district tennis champion.

“I played for many, many years and I not only won the singles, I won the pairs and the mixed doubles.”

He excelled at other sports as well – indoor bowls, lawn bowls, hockey and soccer – and has a swag of trophies, pennants and medals to prove it.

“Tennis was the love of my sports,” he says.

His other great passion is music; he enjoys a good singalong and spent years organising weekend music mornings for fellow IRT residents.

“I love old-time music. I’ve still got about 140 tapes and 40 records and I play them practically every day.”

Lance was surprised to learn he’s Australia’s second oldest living male but is proud to wear the mantle.

“I reckon I’m fantastic for 107. To still be alive, still be able to talk to people about any subject, it’s great. “I’ve genuinely got a good memory. I can remember clearly my life from five up.”

He puts that claim to the test as he recalls, with great detail, his earliest memories.

Lance was born in Kurri Kurri, four years before World War I broke out. He was one of 12 children and his family moved to the Illawarra when he was just one.

His youngest memory is of his uncle returning from the war.

“I was about five when he came back from the war with his leg shot off. We met him at Bulli railway station, with a car, and I sat on the running board and we went back to Woonona to a reception,” he recalls.

“I can also remember going to school at Woonona when I was five. In the mornings on the way to school I’d hang on to the horse and dray and run behind it, if I got a chance.”

His first job was driving a Ford Model T bus, taking people to and from Bulli railway station, when he was just 17. He later had a fruit run from Bulli to Stanwell Park.

He spent almost two decades at the Steelworks and during World War II worked 12-hour shifts making steel for the war effort. But he left the company on bad terms, which rankles to this day.

“I got the sack from the steelworks for going on holidays, because I wouldn’t tell them where I’d been. I still haven’t told them to this day,” he says, with a touch of defiance.

“I started as a salesman at Bob Pollard’s store and worked my way up to manager. I was there 17 years before I retired.”

Lance met his sweetheart Edith in his late teens and they were married in the Bulli Methodist Church in 1930, the day after Valentine’s Day.

They had two daughters, Nancy and Nola, and chalked up 72 years together before Edith passed away.

Nowadays Lance passes his days listening to his favourite music, talking to friends and family on the phone and entertaining visitors.

“I try to talk to people, if I can find someone to sit and listen. I still have quite a few visitors. And apparently I’m interesting, because they come back!” 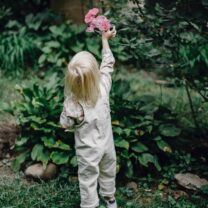