From antique fairs to Clean Up Australia Day and the Red Shield Appeal, Dorothy Dixon has given her time to them all and her service to the community has not gone unnoticed.

The IRT Peakhurst Retirement Village resident received a Senior Volunteer Achievement Award as part of the 10th Annual St George Community Awards in November 2020. Dorothy was one of 14 recipients of the award, which was presented by Mark Coure MP, the Member for Oatley, in recognition of her contribution and commitment to the St George community.

More recently, in June 2021, her fundraising efforts for the Red Shield Appeal were recognised.

Dorothy’s award and recent fundraising recognition add to a growing list of accolades that Dorothy has received over the years for her tireless contribution and service to her local community.

In 1998 she was named Hurstville City Council’s (now known as Georges River Council) Citizen of the Year and in 2014 she received the Oatley Local Woman of the Year award. The Rotary Club of Hurstville presented her with the Paul Harris Fellow in 1995 in Dorothy’s dedication recognised recognition of the charity work she did for the club before she became a member. In 2008 she received the Paul Harris Fellow again and was presented with a sapphire pin.

“I enjoy doing charity work, it keeps me busy too,” she says. “It’s important to keep in touch with people.”

She’s somewhat of a trailblazer too – being the first woman to join the Rotary Club of Hurstville and going on to become the club’s first female president in 1997. Her association with the club began with her late husband Harvey, who had been a member since 1984. “So as the wife of a Rotarian I became involved with fundraising efforts too,” she explains.

Dorothy is very proud that a park in Peakhurst on Henry Lawson Drive is named Harvey Dixon Park, after her husband.

Over the years she’s been involved with Clean Up Australia Day and has raised funds for the Salvation Army’s Red Shield Appeal for 35 years. She says IRT Peakhurst residents have been very generous towards the Red Shield Appeal.  “Over 15 years the village residents have contributed about $900 a year – which is $13,500,” she says. “It’s brilliant.”

Every Wednesday she volunteers at the Mulga Road Bookshop – a charity bookshop that is a project of the Rotary Club of Hurstville.

Another feather in her cap was organising the Rotary Club’s Antique and Collectables Fair for 22 years. “We started organising it in July and it’s held in the following February,” she explains. “I really enjoyed running it.”

Dorothy says that her charitable work gets her out and about and enables her to mix with people. She has strong connections to Peakhurst and has lived in the area for most of her life. “I’ve lived in Peakhurst since 1958, but did live in Riverwood for 12 months,” she explains. Dorothy has lived at IRT Peakhurst for 17 years. 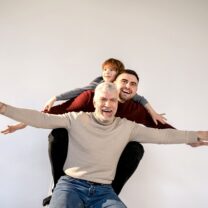 Our residents talk about their goals for retirement. 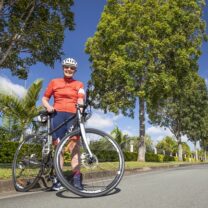 Retirement is busy for Liz

IRT The Ridge resident Liz Allen is embracing retirement and all it has to offer.