Reg is still in the swing of it

“I started lessons when I was young, and it was at the time when my parents were trying to find something I liked.”
Reg Baxter
IRT Parklands resident

Reg Baxter loves nothing more than stepping out onto the court for a game of tennis.

The IRT Parklands resident started playing at the age of ten and now at 59 is enjoying the game more than ever.

“I started lessons when I was young, and it was at the time when my parents were trying to find something I liked,” he explains of how he came to play the game.

Reg likes the competition, playing fixtures (where local clubs play each other) and the camaraderie between all the senior tournament players.

Over the past ten years Reg has played in the Australian Team Titles, captaining a Queensland team. The titles are hosted by a different state each year and Reg’s teams have been runner-up on three occasions.

He plays and trains four to five times a week and all that training and competition has certainly paid off. In the over 60s world rankings Reg is 517th in singles and 265th in doubles, while in Australia in the same age group he is ranked 22nd in singles and 21st in doubles. He competes against players who used to play on the tour.

His favourite player is Swiss superstar Roger Federer. “He’s so easy going, that’s what I like about him.”

Reg enjoys all aspects of the game and for the past two years has held the volunteer role of Secretary for Tennis Seniors Queensland.

Artificial grass is his favourite surface to play on. “It suits me,” he says. “It’s also kinder on the joints.”

Reg says tennis is a great form of cardiovascular exercise. “You stop and start all the time and sprint.”

He says tennis is also good for your mental facility. “You have to concentrate for long periods of time. So that is a benefit.”

He says before retiring, he did shift work and never really had the time, or energy, for much exercise. But now he springs out of bed.

Another contributing factor to his improved health is that he quit smoking ten years ago. “My cardiovascular performance has improved by about 80 per cent since I stopped smoking.”

As for the future, Reg can’t see a time when he’s not playing tennis. 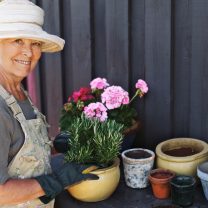 15 fun activities to do at home during isolation

You’ve watched endless reruns of your favourite TV show and done enough spring cleaning to last a lifetime. Boredom is starting to creep in as… 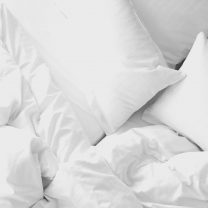 Seniors and sleep: Do we need more sleep as we age?