“When I started looking at the project, I worked around an idea to create space that was a bigger connection and tie the whole site together – imbed the sculpture into the building and work it in together."
Mika Utzon Popov
Artist

Mika was commissioned to create the community’s artwork, which is featured within the community and on the building’s façade.

“When I started looking at the project, I worked around an idea to create space that was a bigger connection and tie the whole site together – imbed the sculpture into the building and work it in together,” he says.

He explains there are three different aspects to the work – the car park’s façade, large sculptures in the private space that translate into human scale, and the sculptural seating area among the citrus vegetation.

These three components are linked together through geometry, material and design. The first sculptural component is a series of purely geometric steel elements; a series of steel pergola-like structures make up the second component; and the third and final component is made up of large perforated steel panels on the western façade on Kembla Street.

Mika worked closely with IRT, the builder and architects to create the sculptures and explains he chose to use steel because of Wollongong’s connection to steel making. “My grandfather, who was an engineer, took me to visit the steelworks when I was younger.”

Parkside is one of the largest projects he has worked on and he was involved over a four-year period.

Mika says when you walk around Parkside the weathering steelwork offers a break from the building’s rhythm – it’s not just one solid stretch of wall.

When creating sculptures, he works with all kinds of materials from steel, to bronze, glass and ceramics – just to name a few.

Recently he did a piece of work for RM Williams’ flagship store in New York.

Although Mika’s work is more concentrated in Australia, it is developing in Europe, and in particular Spain and his country of birth Denmark.

When describing the art he produces, Mika says he tries not to get locked into a pre-formed idea.

Mika comes from a family of architects – including his father and his famous grandfather Jørn Utzon – who designed the Sydney Opera House. His mother is an artist.

“Mum is the daughter of Jørn and she also worked with Harry Seidler [Austrian-born Australian architect]. I worked with her on projects and it allowed me to have the notion of scale. From my grandfather [Jørn] I learned the idea you take in your surroundings and you allow process to make your language – free of your own ego.” 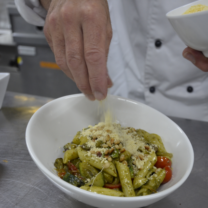 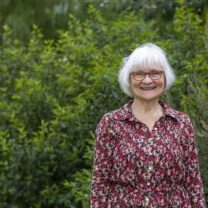