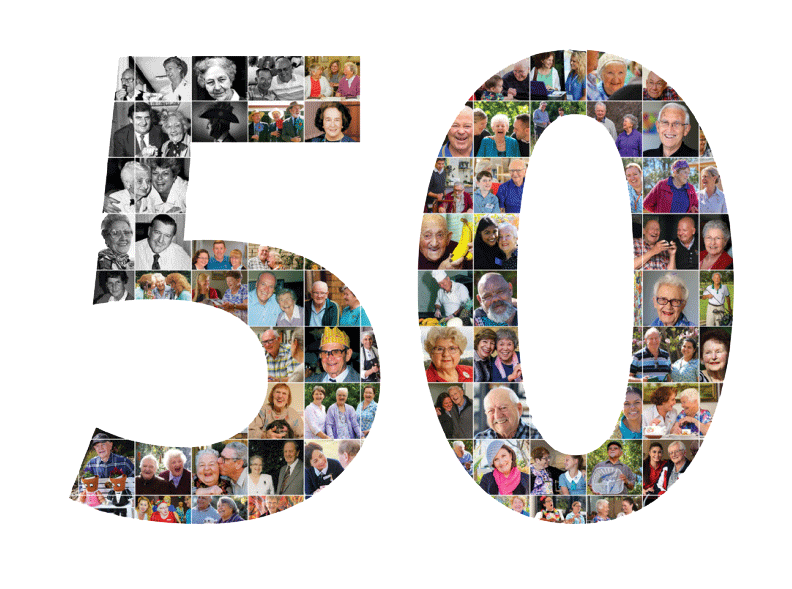 To mark the 50th anniversary, celebrations are being held this week across the organisation’s 31 retirement villages, 21 aged care centres and six home care hubs located throughout NSW, South East Queensland and the ACT.

Formed in Wollongong on 14 November 1969, IRT was borne from a vision held by Corrimal medical practitioner and Bulli Hospital Honorary Medical Superintendent Dr Max Diment MBE and Illawarra Masters and Wardens Association President Noel Howard OAM who wanted to provide Illawarra seniors with better options in housing and care. With a thousand dollars gifted by a local business and a parcel of land donated by Wollongong City Council, Dr Diment and Mr Howard together with a group of likeminded community leaders founded IRT.

Mr Howard went on to become IRT’s first Executive Director and longest serving CEO until his retirement in 1997.

IRT Group CEO Patrick Reid says IRT’s 50th anniversary is a significant achievement and that it’s a privilege to lead an organisation with such a rich legacy of helping people to age well with dignity.

“It’s rare that an Australian organisation celebrates its 50th anniversary confident it is still doing what it set out to do when it was founded. We are as determined today as Dr Diment and his friends were 50 years ago to provide the best possible care for older Australians delivered with compassion and respect,” Mr Reid said.

“A lot has changed since 1969. But caring for older Australians has always been and will always be the heart and soul of our work.”

A Chairman’s Dinner on Thursday evening will also mark the occasion and pay tribute to the commitment of 15 employees who have reached 10 year, 15 year, 25 year and lifetime service milestones helping improve the lives of older people with IRT. Of note IRT General Member Michael Paul will be recognised for 50 years of service. Mr Paul became a foundation member of the General Committee in 1969, was elected to the first IRT Board of Directors and served on the board for 41 years until he resigned in 2010.

“We wouldn’t be here today without the steadfast dedication and compassion of all the people at IRT who work extraordinarily hard each and every day to deliver the best possible care,” Mr Reid said.

IRT remains steadfast in its commitment to providing quality care and services that help older Australians reach their optimum quality of life long into the future.

IRT is celebrating 30 years of providing home care this month.That’s approximately 5 million hours spent providing care and services to our customers to enable…

IRT reflects on the ups and downs of another tough year