The history of IRT Group

We’re a community-owned organisation that’s been improving the lives of older people for 50 years.

IRT “originally known as Illawarra Retirement Trust” was founded by Dr Max Diment and a group of likeminded people in 1969. Dr Diment had a vision; to provide seniors with better options in housing and care. This vision was inspired by Dr Diment’s role as Medical Superintendent at Bulli Hospital in NSW.

Dr Diment was dismayed by the growing number of elderly people going in and out of hospital. Not just for health care, but for a safe place to sleep, regular meals and social interaction. He knew there had to be a better way.

IRT began with a committee meeting and a donation of $1000 from a local business. Our first community was built in Wollongong on donated council land with an army of community supporters and volunteers.

IRT is one of Australia’s largest community based seniors lifestyle and care providers.

Dr Max Diment, IRT’s respected pioneer, had a vision to create communities where seniors achieve their optimum quality of life. In 1968 he brought together a committee of like-minded people and planning started for ways to move toward our first seniors living development in the Illawarra.

It was during 1969 that Wollongong City Council donated land on Staff Street for IRT’s first community, IRT Diment Towers, and development was approved.
On 14 November 1969 IRT was officially incorporated as a company, and in 1971 IRT Diment Towers became the first seniors living high rise in the Wollongong CBD, combining both lifestyle living and care services.

IRT’s growth continued over the next 40 years with our first community on the NSW South Coast, Daisy Street Lodge, opening in 1975. Our first Sydney-based community, IRT Peakhurst, opened in 1992 and IRT Kangara Waters, our first community in the ACT, received its first residents in mid-2009. In 2012, IRT expanded into Queensland.

In 1992 IRT was selected as one of only three organisations in NSW to pilot the first Community Services programs for seniors choosing to remain at home, and now IRT offers several hundred packages.
As a Registered Training Organisation since 1998, IRT has been able to formally train and educate staff, and is now nationally recognised throughout the industry.

In 2009, IRT took an active approach in its aim to raise funds for and progress projects that assist in providing a greater understanding of the ageing process and the care and wellbeing of seniors, and launched the IRT Research Foundation. Three inaugural research grants were announced in 2010, totalling $120,000 in funding from the Foundation. There have been annual competitive grants rounds every year since.

IRT began in the Illawarra as a truly community based, non-denominational, seniors lifestyle and care provider and for over 40 years has maintained this foundation. IRT has only achieved such growth and success from the trust that our residents and clients place in us, a responsibility that we treat with the utmost respect, and which has arisen from the passion of the IRT team and their dedication to our seniors. 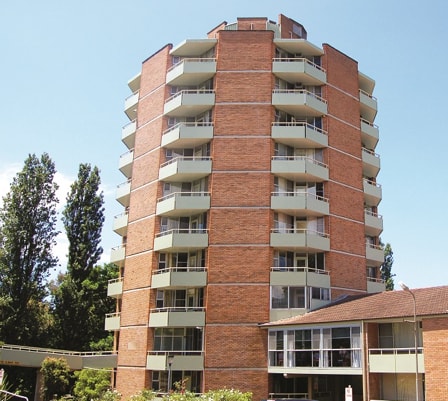 IRT Diment Towers was Wollongong’s first high rise community for seniors. It offered independent living for over 55s and aged care services. Residents felt safe and supported, enjoyed better quality of life, and could get help with meals, personal care and health care when needed.

Dr Diment had realised his vision, but his mission was only just beginning. Over the next 50 years IRT built and bought more retirement villages and aged care centres. Today, over 6000 people live in over 40 communities in NSW, the ACT and Qld, and over 2500 people receive IRT services at home.

IRT began piloting home care services in the 1990s. In fact, we were one of the first home care providers in NSW.

This tradition of innovation continued with the launch of IRT’s registered training organisation and catering business. 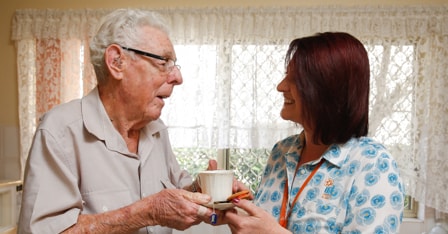 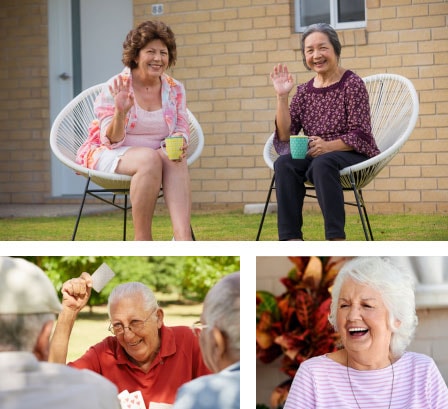 In growing our organisation we’ve stayed true to our mission; creating communities where seniors achieve their optimum quality of life.

We want communities everywhere to enable older people to thrive. That’s why we created Age Matters in 2009.

Through the Foundation we’re working to empower vulnerable older people to live free from disadvantage.

IRT is inclusive, with no religious affiliations, and embraces diversity.

On the 14th of November 2019,  IRT celebrated 50 years of service to older Australians. At the heart of every conservation we have at IRT is how we can help improve the lives of older people and help them grow old with dignity. This was at the heart of our founder Dr Max Diment’s vision 50 years ago and it remains at the centre of IRT’s work today. In 50 years, it’s something we’ve never lost sight of.

“I feel very safe here, I’m comfortable and I’ve got a million-dollar view. I wanted my own space, which I’ve got here, as well as all my personal things around me.”

“I love the companionship, knowing I’m very safe, the staff – I love all the staff, they’re the friendliest lot – and the fun and laughter.”

“I’ve been blessed living in this place.” 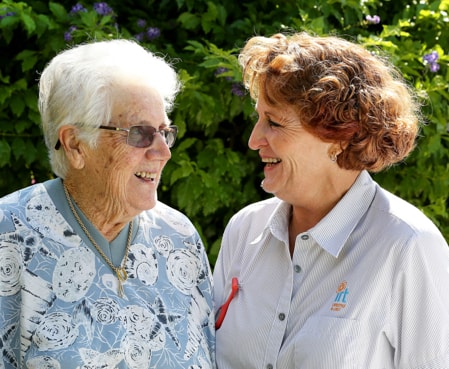 We love partnering with others to improve the lives of older people.

Want to join us?