What is vascular dementia?

Vascular dementia is the second most common form of dementia after Alzheimer’s disease, according to Dementia Australia, and is associated with problems of blood circulation to the brain.

There are many types of vascular dementia, with the two most common forms being Multi-infarct dementia and Binswanger’s disease.

Multi-infarct dementia is caused by having a number of strokes which cause damage to the cortex of the brain. The cortex is associated with learning, memory and language. Symptoms can include severe depression, mood swings and epilepsy.

Binswanger’s disease can also sometimes be referred to as subcortical vascular dementia and is also associated with stroke-related changes. It’s caused by high blood pressure, thickening of the arteries and inadequate blood flow. Symptoms can include slowness, lethargy, difficulty walking, emotional ups and downs and lack of bladder control.

Vascular dementia is caused by a reduction of blood supply to the brain. When blood cannot reach the brain cells, they become damaged and eventually die. Death of brain cells can cause problems with memory, thinking or reasoning. When these three cognitive problems are bad enough to have a significant impact on daily life, this is known as vascular dementia.

Who can get vascular dementia?

Anyone can be affected by vascular dementia, but according to Dementia Australia, several factors may increase a person’s risk of developing it. These include:

Vascular dementia affects every person differently depending on the underlying causes. Symptoms may develop suddenly, like after a stroke, or progress more gradually due to causes such as small vessel disease.

The most common symptoms in the early stages of vascular dementia include:

How is it diagnosed?

According to the University of Queensland’s Brain Institute, there are three major steps involved in diagnosing vascular dementia.

It’s important to note that vascular dementia can be difficult to distinguish from other forms of dementia, and more studies and research is being done to help with understanding, preventing and diagnosing this disease.

What treatments are available?

At this stage, there is no cure for vascular dementia. The brain damage that causes it – as a result of a stroke or small vessel disease – cannot be reversed. However, some symptoms may be reduced by considering a comprehensive treatment plan in consultation with a GP or health professional. This may include medical and non-medical treatment, support and activities.

There are also many ways to help someone with vascular dementia remain independent and cope with some of the symptoms. This includes:

GPs may also organise respite care or suggest a move to residential care if a person living with vascular dementia requires more care and support. GPs also have a duty of care to remind people with vascular dementia and their carers about legal and planning issues, such as setting up an enduring guardianship or power of attorney, and an advanced care directive, early in the illness.

Caring for a loved one is such an important and rewarding job but everyone can benefit from a break every now and then. 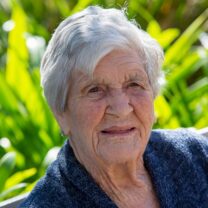 A golden connection to the past

IRT Moruya's Jessie Pollock is a pioneer of Moruya's gold rush days and she shares her memories.